Born in 1971 in Vienna, Saskia Hölbling was already presenting her first choreographies during her dance training at the Vienna Conservatory. She continued her studies at the P.A.R.T.S dance academy directed by Anne Teresa De Keersmaeker in Brussels.

In 2000 she received the Prix d’Auteur du Conseil Général de Seine-Saint Denis/Bagnolet for Do your desires still burn. In 2002 she was awarded the Austrian Dance Production Prize for other feature.

In 2001 in cooperation with the Canadian choreographer Benoît Lachambre and the French video artist Laurent Goldring her solo rrr… (reading, readings, reading) was produced and presented at the opening of the Tanzquartier Wien.

In 2002 she took part in the AJ project, a cultural exchange project between Austria and Japan. In the same year, in the framework of the Festival Wien Modern she staged the operas II Combattimento di Tancredi e Clorinda by Monteverdi and A-Ronne by Luciano Berio, a cooperation project with the Vienna Taschenoper.

In 2005 she took part in the project Philosophy on Stage, initiated by the Austrian philosopher Arno Böhler and the actress Susanne Granzer, presenting the lecture performance Vom Sinn des Sinns.

In 2006 DANS.KIAS.DOC, a DVD documentary about the artistic work of the company, was published. In the same year Saskia Hölbling was touring with the piece lugares comunes by Benoit Lachambre.

In 2007 the DANS.KIAS studio opened doors and offered the firstresidenciesfor young artists.

In May 2008 she created the duo fiction in betweentogether with the French choreographer and dancer Fabrice Ramalingom.

In February 2009 she cooperated for the third time with the Vienna Taschenoper, staging three pieces by Luciano Berio: Naturale (a virtuoso dance solo), Visage (an eventful face dance) and Sequenza V (for trombone solo) at the Vienna Konzerthaus/Neuer Saal

And in October 2009 Hölbling directed and staged the theatre piece Hamletmaschine by Heiner Müller, a work commissioned by the Max Reinhardt Seminar (Institute for Acting and Direction of the University of Music and Performing Arts Vienna).

2011 Hölbling appeared in the production parades & changes, replay in expansion by Anne Collod, a re-enactment of Anna Halprin's "Parades & Changes" (1965).

From 2011 until 2013 Hölbling developed together with Laurent Goldring the trilogy Squatting Projects. Followed by the solo work Assemblage humain in 2015, and by the group pieces Corps à corps in 2016, Corps suspendus in 2017 and Things in 2018. In March 2019 Saskia will present her new piece Da-nach (Afterwards). 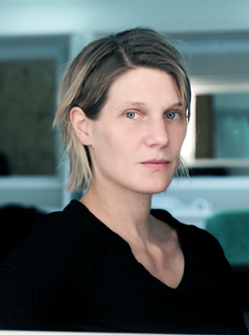