From 1981 to 1985 Reto Schubiger worked as a lighting technician at the Stadttheater Chur (city theater of Chur). Since 1985 he has been working as lighting designer and lighting technician for the off-scene for theatre, contemporary dance and performance in Vienna.

And in the field of theatre among others Schubiger creates light for theatermbH, the Jura Soyfer Theater, Die Showinisten, Tiroler Landestheater, Carousell-Theater Berlin, cache-cache, Justus Neumann, Konservatorium Wien, Ruben Fraga, Kurt Palm, the Österreichisches Theater. For the Vienna Art Orchestra Reto Schubiger was working from 1992 until 2001 as light designer as well.

Since 1987 Reto has also worked for the Wiener Festwochen and the Halle E+G at the Museumsquartier as well as for the Tanzquartier Wien since 2001. 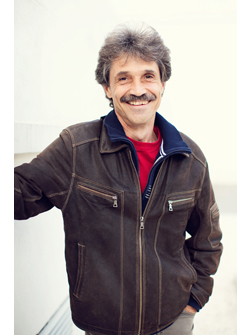